Resident Evil Official film series logo Directed byPaul W. Anderson Alexander Witt Russell Mulcahy Written byPaul W. Anderson Based onResident Evil by Capcom Starring Milla Jovovich Sienna Guillory Oded Fehr Ali Larter Music by Marco Beltrami Marilyn Manson Jeff Danna Charlie Clouser Tomandandy Paul Haslinger Distributed bySony Pictures Releasing Release date 2002–2017 LanguageEnglish. Resident Evil is an action-adventure film series based on the Japanese video game franchise by Capcom. German studio Constantin Film bought the rights to adapt the series in January 1997. In 2001, Screen Gems acquired distribution rights and hired Paul W. Anderson as writer and director for Resident Evil (2002). The version of Halleluja on this soundtrack differs to the one released on Links 2-3-4. But it is the same as the hidden track on the Japanese version of the album Mutter. View credits, reviews, tracks and shop for the 2004 CD release of Resident Evil: Apocalypse (Music From And Inspired By The Original Motion Picture) on Discogs. The first EMIGRATE album appeared in 2007 (a self-titled record that went Top 10 in Germany, with single/video 'My World' appearing on the soundtrack to the third 'Resident Evil' movie); 'Silent So Long' followed in 2014, featuring guest vocals from such high-profile artists as Marilyn Manson, Jonathan Davis, Peaches and the legend that will.

'War', the new David Gesslbauer-directed video from EMIGRATE, the side project of RAMMSTEIN guitarist Richard Z. Kruspe, can be seen below. The song is taken from EMIGRATE's third album, 'A Million Degrees', which was released last November 30 via Spinefarm Records.

If there's a description that, personally and professionally, fits Kruspe like a Savile Row suit, 'fired up' would be it… As a member of RAMMSTEIN, the music world's most explosive live act, Kruspe has been part of a ground-breaking global success story that continues to build and to ignite; along the way, he's turned his attention to a number of parallel projects, such as constructing a new studio (and a new home) in his native Berlin, but it's his decision to launch the EMIGRATE setup that has given him the greatest chance to satisfy creative instincts outside of the parent group.

The first EMIGRATE album appeared in 2007 (a self-titled record that went Top 10 in Germany, with single/video 'My World' appearing on the soundtrack to the third 'Resident Evil' movie); 'Silent So Long' followed in 2014, featuring guest vocals from such high-profile artists as Marilyn Manson, Jonathan Davis, Peaches and the legend that will always be Lemmy.

Featuring 11 tracks, a fresh production team plus vocal contributions from RAMMSTEIN's Till Lindemann and BILLY TALENT's Benjamin Kowalewicz, 'A Million Degrees' is less a successor to 'Silent So Long' and more a re-booted take on the overall concept, continuing Kruspe's desire to craft something personal. He writes the material, including new single/video '1234' (spotlighting Kowalewicz), sings the bulk of the songs (in English) and works hard — sometimes in the face of adversity — to keep everything rubber-stamped as 'special,' fashioning a body of work that will appeal to both existing supporters and those who appreciate the power of a great song delivered from heart above head… In this respect, EMIGRATE can't be called either a 'side' or a 'solo project.' A 'passion project' might be closer to the mark — a needed extra outlet operating close to the level of therapy for an artist whose energy, vision and quest for perfection are defining factors, keeping him, well… fired up!

'I really want the freedom to collaborate with different people and to explore different kinds of music,' Kruspe explains, 'to express myself as both a writer and a singer away from deadlines, timelines and other such restrictions. The idea is to keep experimenting and to keep challenging myself. Plus, EMIGRATE works in an organic way, so musicians can come and go, and it's still okay, it's positive…'

After issuing the 'Silent So Long' album four years ago, Kruspe considered running with the follow-up sooner rather than later, effectively making it 'Silent…' Part 2. He had half a dozen songs up his sleeve, numbers that hadn't quite aligned with the feel of 'Silent So Long', and in March 2015, he set about completing these using places and personnel he'd called on successfully in the past…

'I decided to go to Los Angeles to work with Ben Grosse, the mixing engineer on 'Silent So Long',' he recalls, 'but for the first time in my professional life I felt that something was missing. I just wasn't inspired, I couldn't give the 120 percent I put into every record I'm involved with, so I decided to stop.

'I had a whole host of issues going on in my personal life, including building the house in Berlin, and then in September 2015 we started thinking about the next steps for RAMMSTEIN…'

Following due discussion, it was agreed that the RAMMSTEIN 'kollektiv' would venture back into the rehearsal room; there was no pressure to do anything in particular, just make new music and generally get a sense of how everyone was feeling. Exciting developments for RAMMSTEIN fans, but it meant that EMIGRATE, while never far from Kruspe's mind, had to be temporarily sidelined… and then fate lent a hand…

'In 2016, my house suffered serious water damage; my studio was flooded and half of the equipment, including the hard disk drive, destroyed, so I had to basically start again,' he says. 'All I had of the songs I'd been working on was my memory.' 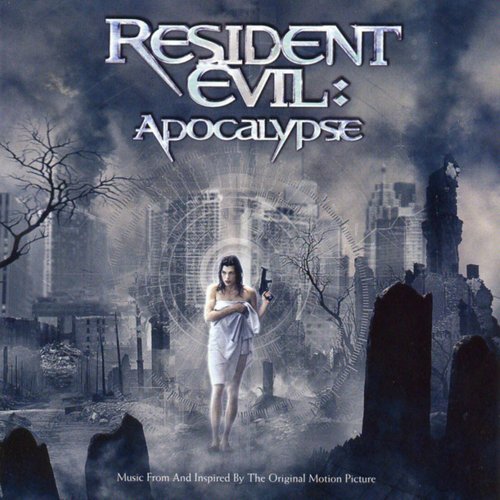 At the time, this act of God seemed like a major blow; on reflection, however, it gave Kruspe the chance to re-assess the project, to decide just what kind of statement the third EMIGRATE album should be…

So… out went the idea of 'Silent So Long' Part 2, to be replaced by a bolder, broader view, and the desire to quit any kind of comfort zone. Key to this shift through the gears was the decision to bring in Sky Van Hoff — a young producer / engineer / guitarist from Dusseldorf who had been helping Kruspe to document his RAMMSTEIN ideas. The two found working together both easy and productive, and the result is an enhanced EMIGRATE sound, dripping with detail, that Kruspe describes as 'one of the best I've ever been involved with. I'm really proud of it…'

From September 2017 onwards, a re-invigorated Kruspe set about the task of re-writing, re-arranging and re-recording the album tracks, handling the production side himself, with Van Hoff focussing on the engineering and the mix. They used the historic Funkhaus in Berlin's Nalepastrasse (onetime broadcasting base of the GDR) for the drum tracks, with everything else being handled in Kruspe's own studio; the RAMMSTEIN man took charge of the vocals and the guitars, supported by APOCALYPTICA's Mikko Sirén on drums and Arnaud Giraux on bass, both reprising their roles on 'Silent…', with Sky also helping out on bass.

Since stepping up to the lead mic back in 2007, Kruspe has been honing his vocals in terms of confidence and power, pushing himself on the presentation side and paying close attention to the lyrics, once again bringing in a friend from the advertising world to act as a sounding board. With fewer guest singers on this new release than its predecessor, his abilities as a performer have ample space to shine, with opening track 'War' being a particular case in point…

'I really like the energy, and the heavy, modern, ZEPPELIN kind of groove,' he reflects, 'and at one point I was taking to Serj [Tankian] from SYSTEM OF A DOWN about fronting the track. He was excited at the idea, then a day later he called me and said that he thought the song was perfect for my voice, he didn't really know what to add, so I left my vocals on there. I took that as a huge compliment.'

It's meaningful for RAMMSTEIN fans, and indeed for Kruspe himself, that Lindemann figures on 'Let's Go', singing his own lyrics — in German and English — and providing a signature presence; as a performer, he's not known for 'extracurricular' activity, which gives this collaboration the feeling of a box being ticked (at last)…

'We've been friends since 1987 and this is the first time we've worked together outside of RAMMSTEIN,' confirms Kruspe. 'You know, I've had that number for quite a while, and it's about our history and our friendship, which I can sum up like this: I believe I'm the reason he started a career in music, and he's the reason I've witnessed the dark side of life! In two words: beautiful destruction! The song itself is quite different to the world of RAMMSTEIN, though, which I think is a good thing…'

'I have to say, Ben from BILLY TALENT really took things to a new level on '1,2,3,4',' declares Kruspe. 'It was my manager who suggested I talk to him; I was more aware of the guitarist in the band, Ian [D'Sa], whose playing I like, but Ben turned out to be an excellent idea, and of course he's in the promo clip, too — along with Ian, Margaux, my friend Joe Letz [COMBICHRIST], who's played drums in EMIGRATE videos before, and myself.'

The promos for '1,2,3,4' and 'You Are So Beautiful' were shot back to back in Los Angeles by director Bill Yukich, whom Kruspe contacted after seeing a video he made for SHINEDOWN ('Devil'); he was impressed with the flow and the rhythm of the edit, instinctively feeling that Yukich had the range to shoot both the live clip for '1,2,3,4' plus the more expansive, cinematic story he'd put together for '…Beautiful' — a complex piece with connections to Kruspe's life outside of music…

'With that song, I initially had trouble deciding exactly what it was about, then all of a sudden it became obvious,' he explains. 'It was actually for my daughter. So in the video, which is kind of like a movie, set in the '70s, in the canyons of L.A., I take the role of the father, and you see how relationships can go wrong and how chances to make things better, even for a second time, can be lost.

'Whatever I do with RAMMSTEIN or with EMIGRATE, there's always a bit of my own story in there; there may be exaggerations, there may be extra color added, but essentially it's personal…'