As one of the first games of the series on the Switch, Pokémon Let's Go Pikachu was a massive game for the system. This is actually one of two games that were released at the same time. This one is based on Pikachu and the other being based on Eevee. They are both the same experience, but if you like Pikachu or Eevee better will probably be what determines which game you decide to get.

In case you did not know, what we have here with Pokémon Let's Go Pikachu is a remake of Pokémon Yellow for the original Game Boy. Nintendo was very clever with this game in that it is a more “simplified” Pokémon game and Nintendo wanted people who were caught up in the Pokémon Go phenomenon to get in on this just as much as people who had been playing Pokémon for years.

The story has seen a few changes, most notably the game has more inspiration from the TV series. Look, if you have played a Pokémon game before, you know what to expect here. I liked the bigger role for James and Jessie, Team Rocket I thought it was really cool.

The gameplay of Pokémon Let's Go Pikachu has been radically simplified from the 3DS games that preceded this. I think this is going to be something that some hardcore fans may have trouble with. On the flip side of this, the game does tug at those heartstrings enough to really make you stick with it even though it is on the easy side.

The biggest change in gameplay is the way that you capture Pokémon. You now use motion controls in a mode that is similar to how you capture them in Pokémon Go. There is now more skill involved in capturing Pokémon and these motion controls do work quite well. What if you are playing the game in handheld mode? Or with a Pro controller? Or even with a Switch Lite? Well, then you flick the analog stick to capture them. This works, but it is not quite as much fun as the motion controls.

This is a much more scaled-back Pokémon experience, but that does not make it bad now does it? There is not exactly a massive roster of Pokémon here and the moves have been scaled back in battle considerably. Actually, everything about the game feels a bit small in stature compared to the 3DS Pokémon games. Still, this manages to be a fun experience.

I can see why some people were not won over by Pokémon Let's Go Pikachu. However, those that actually gave it a chance no doubt found this to be a fun and exciting Pokémon adventure. It is a game that is fun if you played Yellow back in the day and have it tugging at your nostalgia strings. However, it is also a lot of fun if you are a new or lapsed Pokémon player. 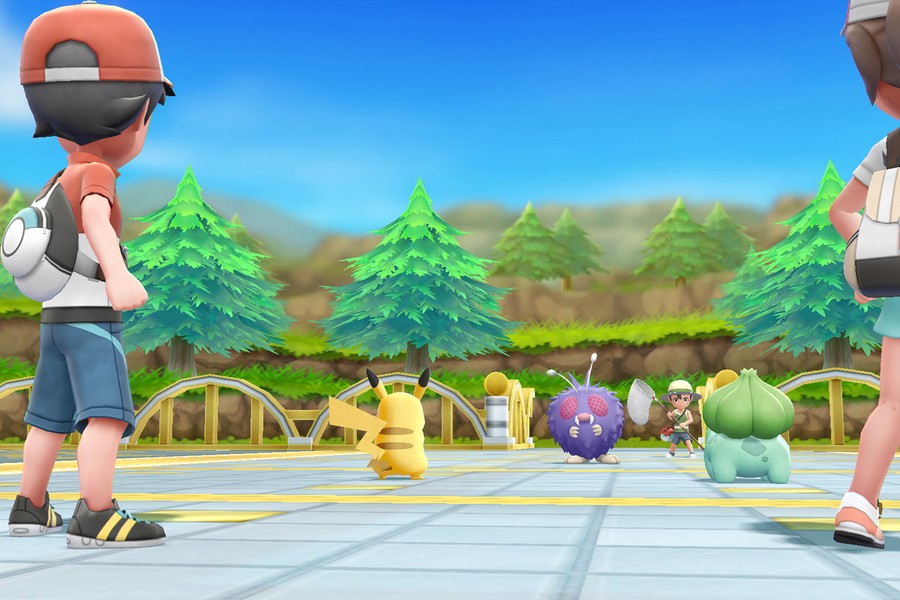