AN EARTH-SHATTERING CALAMITY IS ABOUT TO HAPPEN. IT IS GOING TO BE SO FRIGHTENING, WE ARE ALL GOING TO TREMBLE – EVEN THE GODLIEST AMONG US! -David Wilkerson, 1978

SOUTHERN CALIFORNIA’S SECTION OF THE SAN ANDREAS FAULT IS “LOCKED, LOADED AND READY TO ROLL,” A LEADING EARTHQUAKE SCIENTIST SAID WEDNESDAY AT THE NATIONAL EARTHQUAKE CONFERENCE IN LONG BEACH

PROPHETIC ALERT: Some time back I saw a Tsunami strike the east coast. In this one dream as the wave formed I saw the Twin Towers ghostly rise from the sea and vaporize in the air. I felt it could be a terrorist attack with explosives as I saw a huge bridge collapsed. I saw a green sign that said 'Charleston.' Interestingly enough, Perry Stone, Prophecy Minister, had a second Tsunami dream from God, which was just posted on May 2, 2016. Here is what he said: Early this morning I saw another detailed tsunami dream that was so vivid and detailed that it disturbed me greatly.

The mountains quake before him and the hills melt away. The earth trembles at his presence, the world and all who live in it. 6 Who can withstand his indignation? Who can endure his fierce anger? His wrath is poured out like fire; the rocks are shattered before him. Nahum 5:1-6

We’ve been hearing about major earthquakes in Japan and Ecuador along with warnings about the New Madrid and the Cascadia Subduction Zone (including a recent 3.5 earthquake in Kentucky). But now, experts are sending out a grave warning concerning the San Andreas fault. This is what the L.A. Times had to say:

Southern California’s section of the San Andreas fault is “locked, loaded and ready to roll,” a leading earthquake scientist said Wednesday at the National Earthquake Conference in Long Beach.

The San Andreas fault is one of California’s most dangerous, and is the state’s longest fault. Yet for Southern California, the last big earthquake to strike the southern San Andreas was in 1857, when a magnitude 7.9 earthquake ruptured an astonishing 185 miles between Monterey County and the San Gabriel Mountains near Los Angeles.

It has been quiet since then — too quiet, said Thomas Jordan, director of the Southern California Earthquake Center.

*Note: All the answers as to what will happen and why are included in the feature video below, and I have noted some other details further down toward the last half of this article. Be warned and be prayerful!

(Perry Stone’s first tsunami dream is included in this video, as well as David Wilkerson’s 1978 prophecy! I urge you to watch this video if you watch nothing else. It will shake you and awake you!) 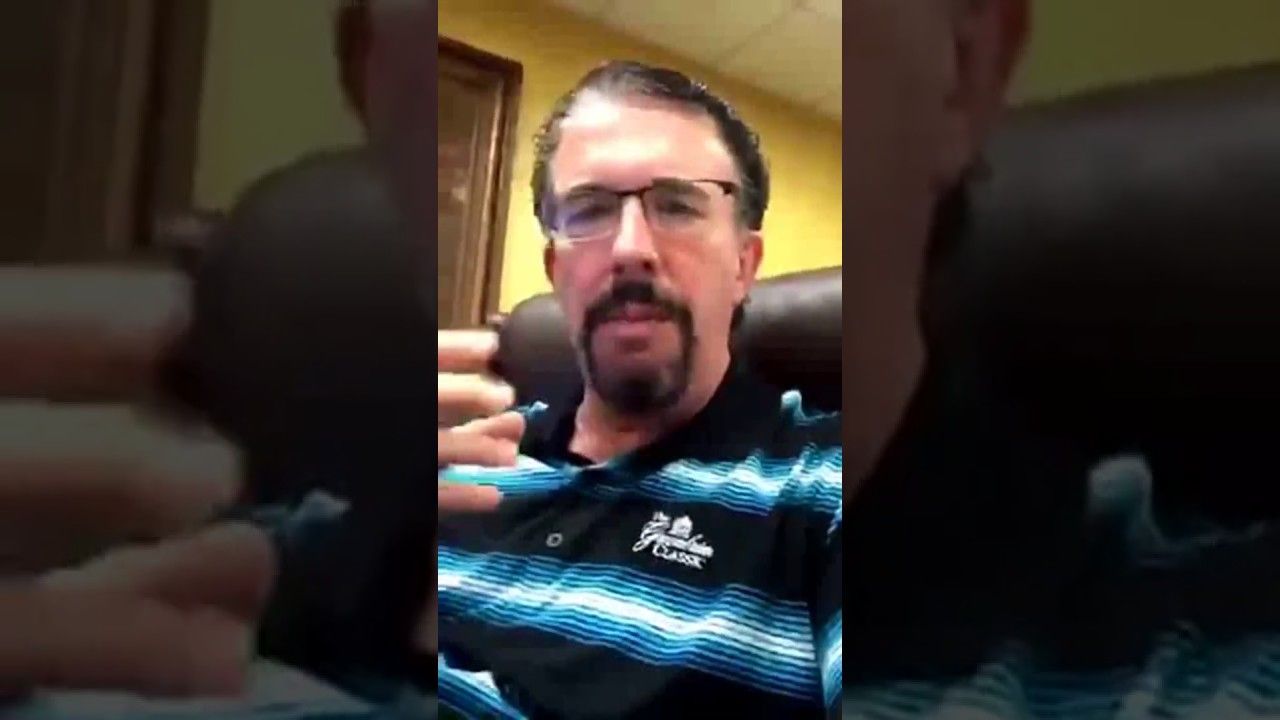 Was Hollywood/Illuminati trying to send us a warning message? After all, Satan has an oath with God that his people, the luciferians, must warn before they destroy. The problem is, they know you do not believe it when they send out their warnings, and then nobody ‘gets it’ until after the fact! Will you arise and pray? We are in the end times and God’s judgement is here! 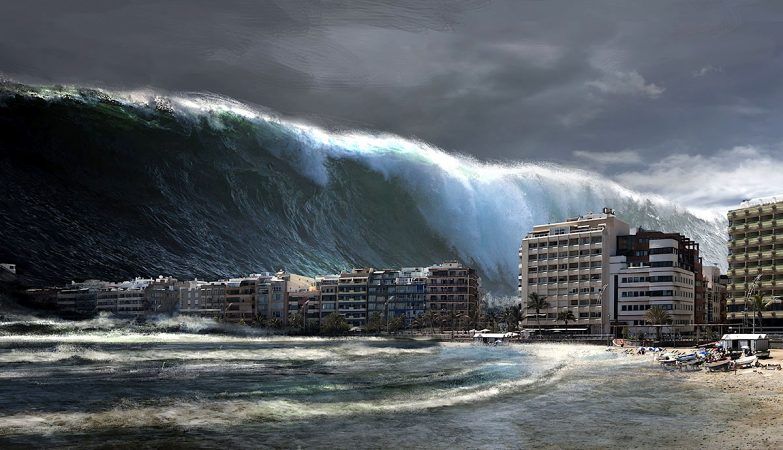 Pay Close Attention At 1:14 seconds when the man says, “The earth will literally crack open and you will feel it on the east coast.” Please watch the feature video above so that you understand the implications of what is happening and what will happen! The feature video is the very first video in this news article.

“The springs on the San Andreas system have been wound very, very tight. And the southern San Andreas fault, in particular, looks like it’s locked, loaded and ready to go,” Jordan said in the opening keynote talk.

Other sections of the San Andreas fault also are far overdue for a big quake. Further southeast of the Cajon Pass, such as in San Bernardino County, the fault has not moved substantially since an earthquake in 1812, and further southeast toward the Salton Sea, it has been relatively quiet since about 1680 to 1690.

Here’s the problem: Scientists have observed that based on the movement of tectonic plates, with the Pacific plate moving northwest of the North American plate, earthquakes should be relieving about 16 feet of accumulated plate movement every 100 years. Yet the San Andreas has not relieved stress that has been building up for more than a century. 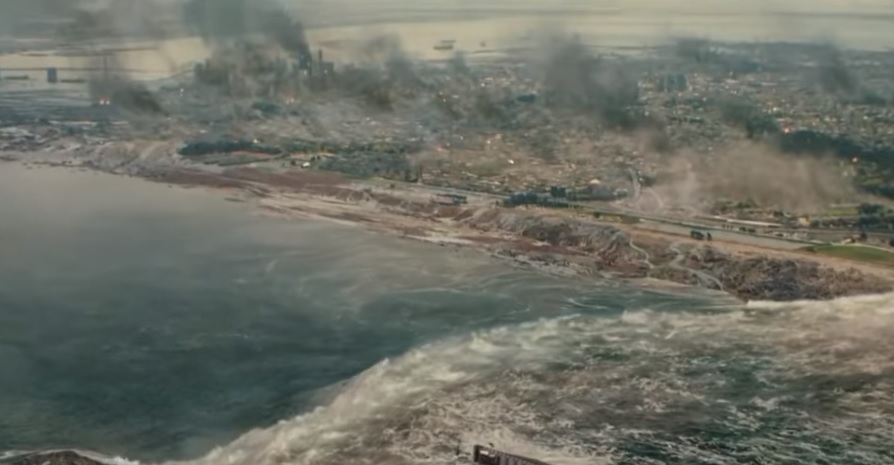 Jordan said it’s important that California focus on becoming resilient to a potential huge earthquake, one as strong as a magnitude 8. He praised Los Angeles’ plan to require earthquake retrofits on apartment and concrete buildings, pushed into law by Mayor Eric Garcetti.

“It’s remarkable that this happened,” Jordan said. “We know politically how difficult it is to make these kinds of changes.” 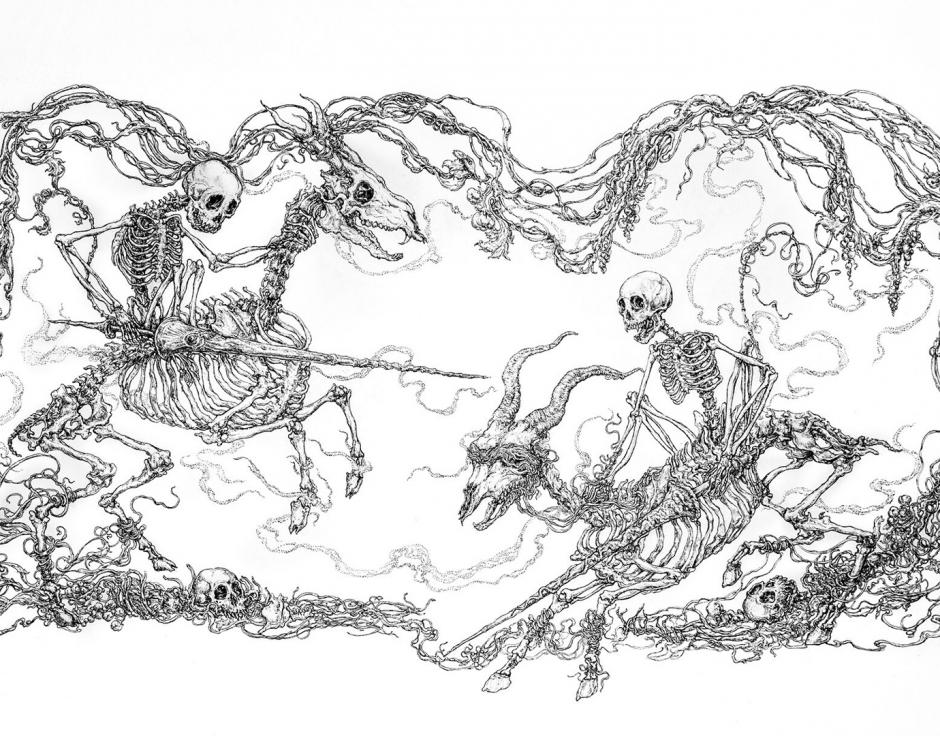 Interestingly enough, Perry Stone, Prophecy Minister, had a second Tsunami dream from God, which was just posted on May 2, 2016. Here is what he said:

Early this morning I saw another detailed tsunami dream that was so vivid and detailed that it disturbed me greatly. On the West Coast, a major split occurred in the ocean causing the Pacific’s waves to rise high in all directions. I saw dangerous waves coming in the distance and yelled, “Get to the mountains!”

As we began rushing to a high place I could see the waves hit the coasts and rush violently into the streets of cities. The scene shifted and I found myself in a house on a high mountain. The people were quite wealthy and there were reports on the news of the horrific damage and destruction. I can still see the waves in my minds eye.

This is the second West Coast dream of a tsunami I have seen. I often hesitate even sharing this on Facebook as the response is often so verbally critical and negative, reminding me of the same reaction Jeremiah received when warning the Jews of the Babylonia invasion, and one feels it is best left unsaid. However, the Lord also said that if the watchman sees the coming danger and does not sound an alarm, He will hold the watchman accountable for his silence.

Prayer and preparation are two major resources and I also suggest hearing from the Lord on an individual level to determine His will and direction for each person. In any dream or vision I never hear or see a date, indicating the timing of these events. They could be near or far away. However, I believe numerous individuals are seeing the same. If you have experienced a dream of a tsunami, please post and let’s see if there are parallels with the individual dreams of others. Believer’s are sensing an urgency to pray.

The United States is going to experience in the not-too-distant future the most tragic earthquakes in its history. One day soon this nation will be reeling under the impact of the biggest news story of modern times. It will be coverage of the biggest most disastrous earthquake in history. It will cause widespread panic and fear. Without a doubt, it will become one of the most completely reported earthquake ever. Television networks will suspend all programming and carry all day coverage.

Another earthquake, possibly in Japan, may precede the one that I see coming here. There is not the slightest doubt in my mind about this forthcoming massive earthquake in our continent. (Lyn Leahz Note: Did we NOT just have several bad earthquakes in Japan? Something to think about!)

I am not at all convinced that this earthquake will take place in California. In fact, I believe it is going to take place where it is least expected. This terrible earthquake may happen in an area that not known as an earthquake belt. It will be so high on the Richter scale that it will trigger two other major earthquakes. (Lyn Leahz Note: Interesting that he says it will NOT take place in California. Maybe while we are looking at the San Andreas, the Cascadia Subduction Zone will split (it is a subduction zone, NOT known as an earthquake belt-watch my feature video!), which will THEN set off the San Andreas, which will then cause a MASSIVE tsunami! Which will then stir the New Madrid, which just shook this past Sunday!)

This is from Chapter 2 of David Wilkerson’s 1974 book The Vision.

Is it any wonder God is angry with the United States? After all, we are trying to divide Israel, and if that weren’t enough, Washington Times reported that the White House is poised to create the first monument to the gay rights movement! And then we have Target trying to make it legal for anyone to use any bathroom they want so that they can fully support the gay rights agenda. And according to USA Today, Target is not going to back down:

Wildmon says Target stands “to lose a lot of customers who won’t come back.” But Target is standing by its policy.

“We certainly respect that there are a wide variety of perspectives and opinions,” says Target spokeswoman Molly Snyder. “As a company that firmly stands behind what it means to offer our team an inclusive place to work — and our guests an inclusive place to shop — we continue to believe that this is the right thing for Target.”

She added that hundreds of Target stores “have single-stall, family restrooms for those who may be more comfortable with that option.”

“We believe that everyone — every team member, every guest, and every community — deserves to be protected from discrimination, and treated equally,” Target’s statement of its policy read. “Consistent with this belief, Target supports the federal Equality Act, which provides protections to LGBT individuals, and opposes action that enables discrimination.”

Target’s policy regarding its bathrooms contrasts with the increasing number of laws proposed in states around the country that require people to use the bathroom that corresponds with the gender they were assigned at birth. These states have seen intense backlash from businesses and celebrities who have canceled events or threatened to boycott certain states over the denial of civil rights protections for LGBT people. The negative reaction to these laws has not stopped conservatives from supporting them. Republican presidential candidate Ted Cruz gave his approval after North Carolina passed a transgender bathroom law, and has made transgender bathroom access a significant campaign issue as he competes against Donald Trump in Indiana this week.

The American Family Association and other conservative activists have made the argument that allowing people to use the bathroom that corresponds with their gender identity will likely lead to men sexually assaulting girls in women’s restrooms — a claim many experts have debunked.

And these things are only a few of the many things going on in this nation which are vile and corrupt! God is surely sounding the alarm loud and clear for all to hear that His judgement is upon us!

For ten years I have been warning about a thousand fires coming to New York City. It will engulf the whole megaplex, including areas of New Jersey and Connecticut. Major cities all across America will experience riots and blazing fires—such as we saw in Watts, Los Angeles, years ago. There will be riots and fires in cities worldwide. There will be looting—including Times Square, New York City. What we are experiencing now is not a recession, not even a depression. We are under God’s wrath! I will say to my soul: No need to run…no need to hide. This is God’s righteous work. I will behold our Lord on his throne, with his eye of tender, loving kindness watching over every step I take—trusting that he will deliver his people even through floods, fires, calamities, tests, trials of all kinds. -David Wilkerson, 1974