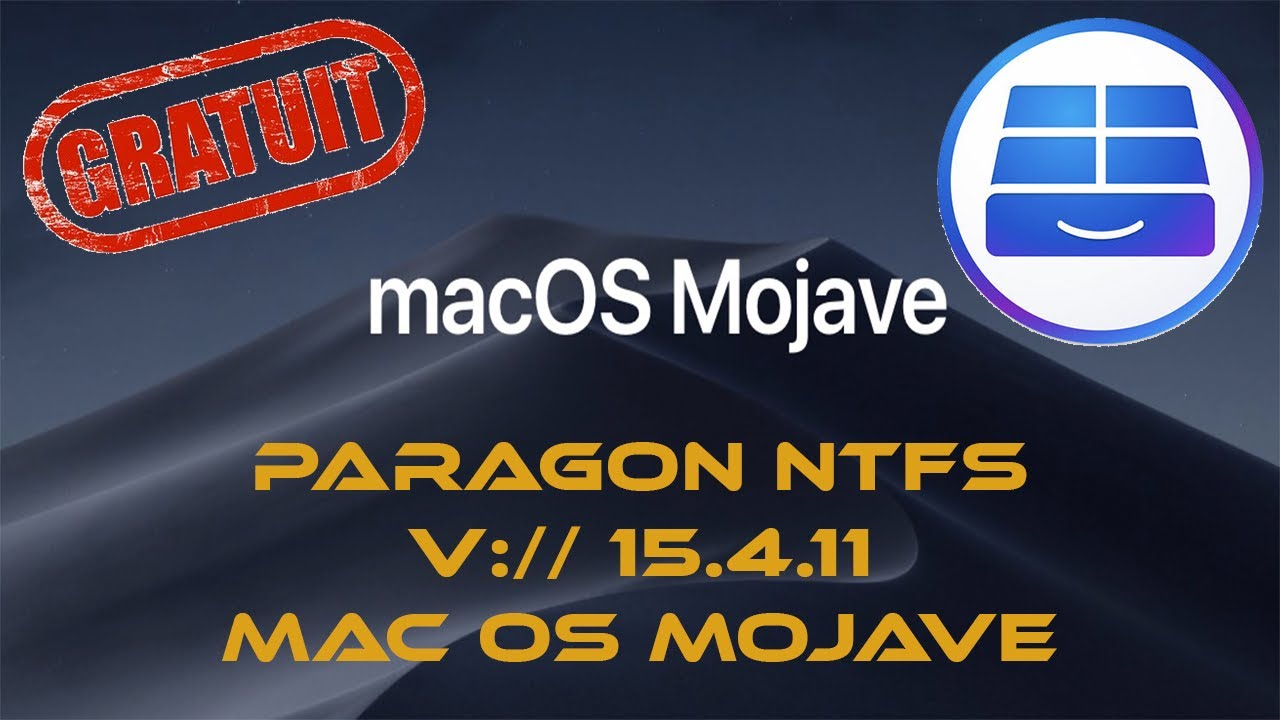 NTFS (short of new technology file system) is a default file system for Windows. It was first introduced in Windows NT and over the years it has only got better. It supports all the modern features like encryption, journaling (reduce data loss), file permission, compression etc etc.

Since Windows is still the most popular desktop OS, most external HDD comes preformatted with NTFS. This means you can use them on Windows with no problem.

But on MAC, NTFS volume becomes read only i.e. you can only copy data from external HDD to your MAC but not the other way around.

Now you can always format your hard drive to FAT32/exFAT and make it compatible on both platforms or even use samba server to share file between MAC and Windows.

But, if you are going to use your external drive mostly on Windows, then it does make sense to keep NTFS and sometimes when you want to use it on MAC, use a software.

So here are three workarounds, on how to use an NTFS volume with MAC

Use NTFS Drive on MAC

Now you may not know, but modern MAC OS support NTFS volume (both read and write) However, this feature is disabled by default. Why? We will come to that later,

If you want to enable the support for NTFS, you can easily do it by editing a small file.

1. Simply insert your hard drive, in your MAC note down its drive name.

With this command, you are telling the super user to open the fstab file using the nano text editor. You will have to enter the login password.

4. Next, a new window will open, though you won’t see anything on it. Simply paste the following command.

Replace the drive name with the hard drive name. And save changes. To do that, first type CTRL + o (o for orange) to write data and CTRL + x to exit. And that’s it.

5. Restart your MAC and under finder, go to the “Go -> Go to Folder” and type in /Volumes. You will your NTFS drive. 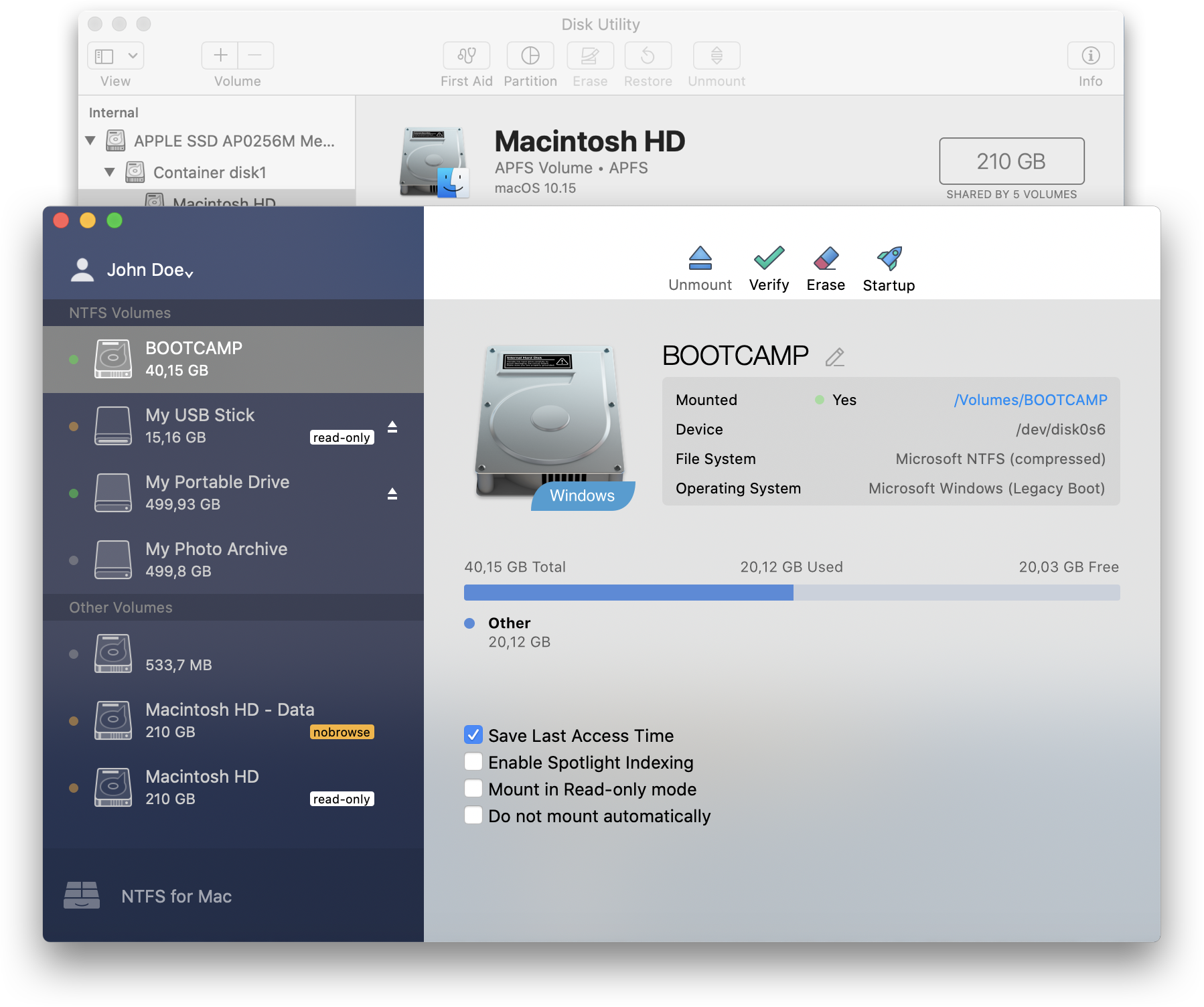 Verdict: This is the most simple method. However, I don’t prefer it, neither it’s recommended by apple (and that’s why it’s hidden) because it’s experimental and people who have tried this, reported an error. Also, since there are other solutions, why to take the risk.

This is the most popular method, and also the one I am using right now. Instead of tinkering the core system settings via terminal, you can install a free software like NTFs-3g.

The development of NTFS 3g has been stopped from a long time. But, you can still get it work by installing few extra packages.

Well precisely, you have to install 3 program one by one. I have this guide on MACbreaker, and here is the summary of the process, for details check out the original article.

First, start with fuse for OS X — this provides a framework for NTFS support.

Download it from here and install it like you normally do. Under the installation type make sure to check the “MacFUSE Compatibility Layer”. Once done restart the system.

Second install the NTFS 3g. This is the actual software that will be responsible for providing write support to your file.

Finally, install fuse Wait. Since NTFS-3g has not been updated from 2010, you will see an error like this, when the system boots up. So it will remove that.

So basically you download all this 3 software and install them one by one in the same order. It’s recommended you restart your system after every install. And once you’re done, plug in your hard drive and now you can use it both read and write access.

Verdict: The good part is it’s free, safe and stable. Using it for a while, never had any problem. And the bad part is, you have to install three different packages thus making it impractical if you want to try it on your friends computer.

It’s similar to NTFS-3g, but you only have to install one software. Also, since this is paid version, bugs are fixed regularly and software is more stable than NTFS-3g.

But this stability do come with a price. Paragon ($19) and Textra ($24) are expensive and comes with a license for a single computer. Though there is a trial version which you can try for free.

Verdict: Me personally, I didn’t try their service as I had no problem with NTFS-3g. However judging from the reviews online, for professional use these are better.

For general use, NTFS-3g is a good solution. NTFS is the most stable file system for windows and with drivers like NTFS-3g you can get it work easily on MAC.

However, if you work with multiple MAC computers then it’s not a good idea to install NTFS-3g on your friends computer. Neither is paying each time or using a terminal. So in such cases, you may want to look towards another file system like exFAT — which is like NTFS but work with both MAC and Windows.