Energy drinks have always scared me. I don’t know why, but I’ve always been nervous about trying any of them. Seriously, when did a breakfast of brownies and Mountain Dew stop being enough of a pick me up? Man, I miss my teenaged metabolism. So anyway, I’m a big energy drink ‘fraidy cat and I admit to it. However, if Suroh is to be believed, perhaps there is another more complex reason to explain my aversion to Monster Energy Drink.

By Suroh
(Article was originally published on 12/4/10 at http://thesurohorus.tk/ and is used with the author’s permission.)
At some point, unbeknownst to me, Suroh’s website disappeared. However, we already had permission and the article so we have opted to still publish it. Update: The site is back up at this new address.

But in terms of prophecy, the beast with the number 666 is dead and gone. There’s no fear that you are supporting a coming antichrist if you drink a Monster Energy drink, although if you drink too much of it, you may end up looking like Nero. Here’s a video I did on the subject of identifying the 666 candidate.

An Unholy Sacrament?Monster Energy drinks logo has deep roots in esoteric symbolism, if we examine the logo in total we will see how even a seemingly simple logo can hold vast amounts of symbolism. I would like to thank Freeman of FreemanTv.com for pointing this out to the public. After looking at the claws and noticing the hidden 666 symbolism I began to see much more hidden right before my eyes. I then decided to do a complete breakdown of the logo. 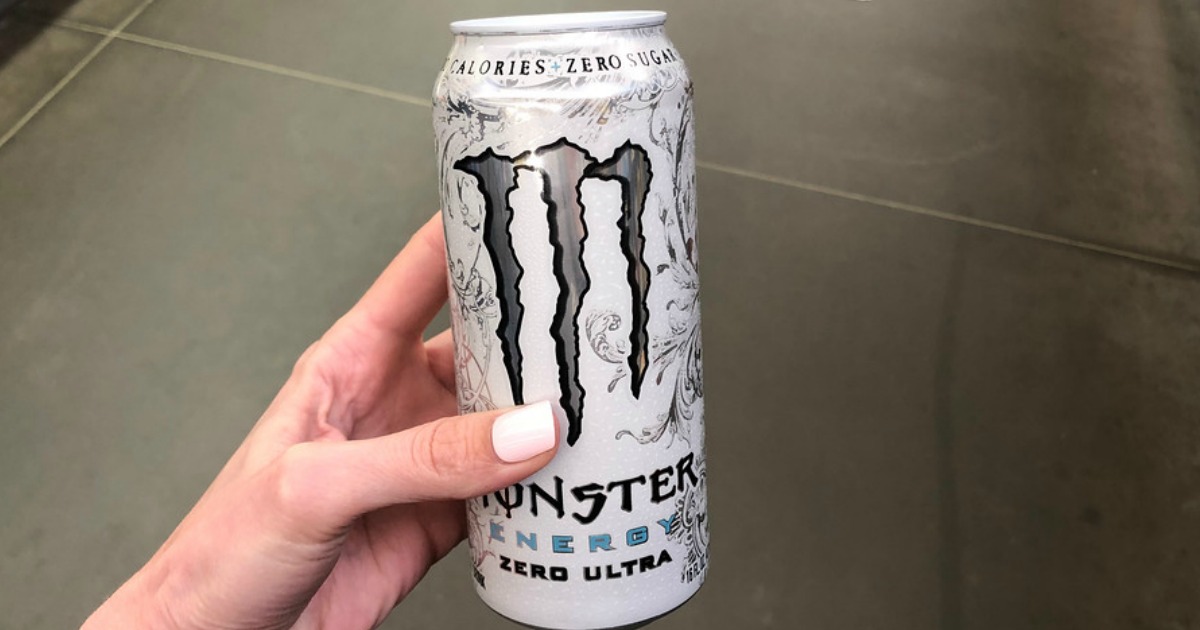 When I first heard about the symbolism in the Monster logo, it was about a hidden 666 encoded within the 3 claw marks. At first this seems extremely far fetched and arbitrary, but when we examine the 3 claw marks which are glowing, they clearly resemble the 6th letter of the Hebrew Alphabet Vau (ו).

In the beginning of Creation, when Infinite Light filled all reality, G d contracted His Light to create hollow empty space, as it were, the “place” necessary for the existence of finite worlds. Into this vacuum God drew down, figuratively speaking, a single line of light, from the Infinite Source. This ray of light is the secret of the letter vav. Though the line is singular in appearance, it nonetheless possesses two dimensions, an external as well as an internal force, both of which take part in the process of Creation and the continuous interaction between the creative power and created reality.

The external force of the line is the power to differentiate and separate the various aspects of reality, thereby establishing hierarchical order, up and down, within Creation. The internal force of the line is the power to reveal the inherent interinclusion of the various aspects of reality, one in the other, thereby joining them together as an organic whole. This property of the letter vav, in its usage in Hebrew, is referred to as vav hachibur, the vav of connection”–”and.” The first vav of the Torah–”In the beginning G d created the heavens and [vav] the earth” serves to join spirit and matter, heaven and the earth, throughout Creation. This vav, which appears at the beginning of the sixth word of the Torah, is the twenty second letter of the verse. It alludes to the power to connect and interrelate all twenty-two individual powers of Creation, the twenty-two letters of the Hebrew alphabet from alef to tav. (The word et [which appears before the two instances of the word “the” in this verse, and is spelled alef-tav] is generally taken to represent all the letters of the alphabet, from alef to tav. Our Sages interpret the word in this verse to include all the various objects of Creation present within heaven and earth.)

To those who have no knowledge whatsoever of the Hebrew alphabet this encoded symbol would go unnoticed forever. It is also interesting to note that the letter Vau in Arabic looks like a 6 or 9 (و). In most ancient languages each letter had a numerical value and a symbolic value. In the case of the letter Vav its value is 6 and its symbol is Pin or Hook. As there are three claw marks or Vavs this can then be interpreted as “666″ numerically using classic Hebrew Gematria.

Here we have a simple rendering of the logo, but instead of the claw marks I remade the logo with the letter Vau. The similarities are extremely visible. The number 666 is associated with the Sun, as it is the Sum of all the numbers in its Magical Square. The glowing effect supports the Sun symbolism. Next I looked deeper into the meaning of the Vau. In Kabbalah each letter of the Hebrew alphabet is also associated with one of the 22 Trump cards of the Tarot. In the case of Vau it is associated with the Hierophant card.

Path of Vau 16 in the Tree of Life Sun in Sagittarius as a symbol for the teacher of inner values, Jupiter in Pisces as the vision of eternity
Zodiac: Taurus
Tree of life: From Chokmah to Chesed
Element: Earth
Number: 5 as quintessence, the power that exceeds the four elements

The Hierophant is a symbol for a world of belief and confession, may it be a church, a sect or an occult society. He’s the pope, the druid or the High Priest in a system of creeds and dogmas. He represents the religious and intellectual tradition of a person, and may be the one the person is born to it or possibly the one who has chosen it by himself.

In the positive aspect, the Hierophant represents the search for knowledge and illumination, the desire to study creed and dogma instead of simply accepting them, to research and achieve further development. It also stands for the deep fulfillment someone can find when really trusting their own beliefs.

In a negative view, the Hierophant can stand for bigotry, the blind faith in dogma, intolerance towards everything different from the own confession. It can also mean gullibility, running to any kind of new belief just because the traditional one is suddenly considered boring or unsatisfying. 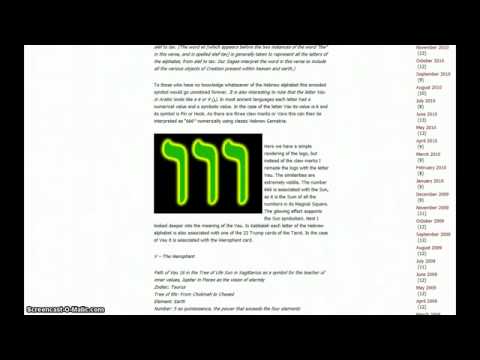 The first thing I noticed was the odd style of two letters in the word below the claw marks. The letter O in Monster has a t or cross over a U or half circle, this is to symbolize Saturn as it is an interpretation of the two shapes of the Saturn Symbol ♄. The symbol of Saturn itself can be broken down into two elements: a half circle and a cross. The half-circle meaning Soul (Spirit) and the cross meaning matter. As we move through the word the next letter that stands out is the letter “S”. This letter symbol is more apparent it looks very much like a “5″. On the Tree of Life the 5th Sephira is Strength (Geburah) which is associated with Mars and its attributes. In summary the word Monster contains hidden symbols corresponding to the planets Mars, and Saturn.

Here we have chart of the planets the associated correspondences (Sphere of Influence, Color Associations, and God Name).

By taking the above information into account we can now apply the symbolism to the Tree of Life and see the deeper meaning the symbol and the effect it is designed to create. The logo of Monster Energy drinks also has 3 hidden planetary glyphs aligning it with the Sun, Saturn and Mars which interestingly enough are all closely inter-connected on the Tree of Life. As we can see it forms a Triangle on the Left hand side of the tree which is the Negative or Baneful Side of the tree. Strength (Mars), 666 (Sun), Saturn (Material Power) and the Search for inner knowledge and enlightenment. All by simple changes in the letters and shapes which can and do go unnoticed by the everyday customer.

How good can this drink be for you after all?

Can the energies focused by the symbol on the cans influence the drinkers to be more negative and violent?