Out of band programming

Using RSS versions 1 and 2, and 3.1 Out of Band programming can be done by holding down the shift key for everything except the decimal place during frequency entry.

Programming instructions for your Motorola Radius two-way radio may vary slightly by model within the P1225 series. Contact Motorola customer service for more information. 647 Blackhawk Drive Westmont, IL 60559. 800.248.5391 Toll Free 630.325.2700 Phone [email protected] Hours of Operation 8:00 a.m. This video shows you how to download the Motoroloa RDX Two Way Radio software to your computer. The video is brought to you by the Two Way Radio Center.

NOTE: You must use the keys along the top of the keyboard for this to work, not the keys on the numeric keypad.

Program the radio with this cable.

The accessory connector pinout is the same as that of the SM50/120 radios.

There is a selection in the RSS to make the radio 24 channels. If you select this option, as long as you don't use the alphanumeric portion on every channel (or it will run out of memory) you can get 24 channels in.

However, we have been told that one of the greatest memory hogs is the Talk-Around button option. If you delete this option, you should be able to alpha-tag all the channels. 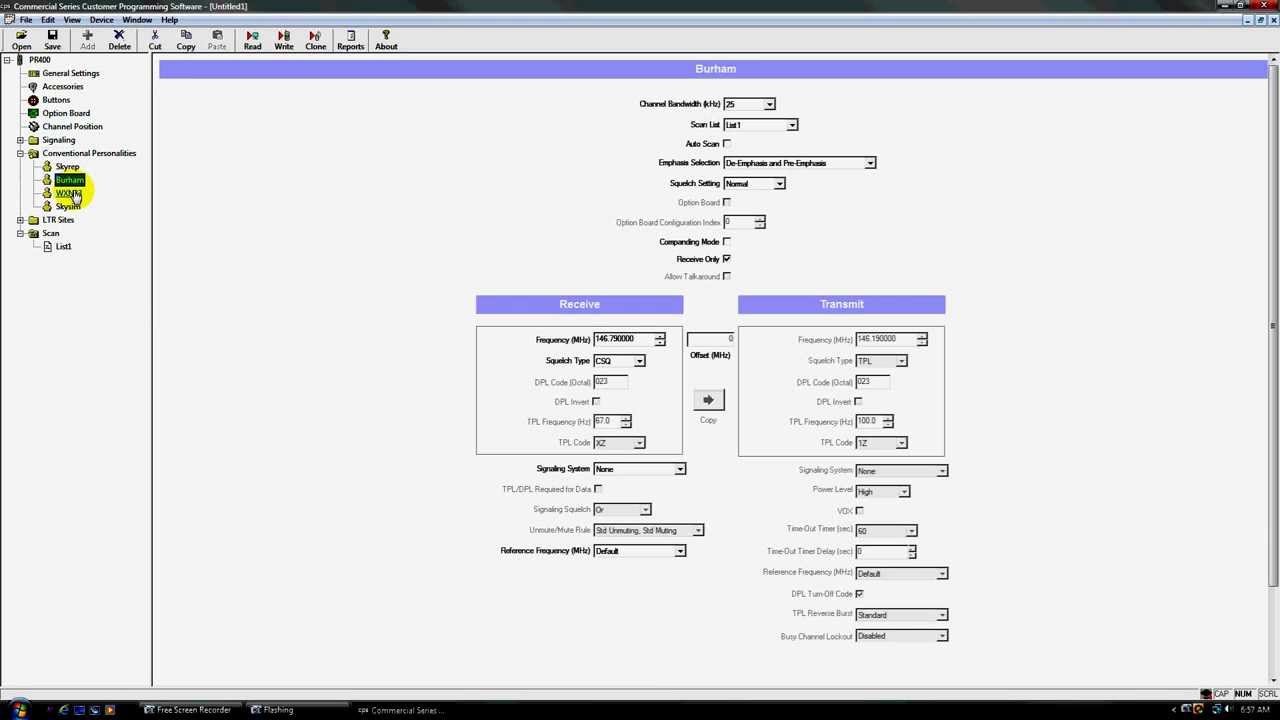 Some very early M1225's would not let you put audio into pin 5. It was frozen off by the firmware. Motorola did swap radios so you could use pin 5 BUT.... the input is switched by the PTT line from the accessory connector. You cannot use both mic and acc. audio in.

An RSS note, the RSS for these radios is not backwards compatible. That is to say, once you program a radio with a newer version of software, there is no going back. Likewise, if the radio you have has been programmed by newer software than you posess, you will not be able to read/write it unless you get the same or newer version than what is in the radio.

Using RSS versions 1 and 2, Out of Band programming can be done by holding down the shift key for everything except the decimal place during frequency entry. This will no longer work with the newest version of RSS (3.1).

So far there is only one method we know of to open up the bandsplit of these radios (RSS >v3.1), along with the number of channels.

Scholer-Johnson Inc. makes a LTR option board which goes into either the P1225 or the M1225 which will make the radios capable of going up tp 256 channels.

There are two versions of this board, the OPT-1225 and OPT-1225-PP. The easiest way to tell the difference is to power up the radio with the option board installed - the OPT-1225 will make an amusing multi-tone start up sound. The OPT-1225-PP is a less obnoxious series of tones. One board is green, one is red.

Both versions of the board have the capability to store 256 modes, but this is assuming that you do not use the alphanumeric capability and that you have 16 LTR systems with 16 talkgroups each. Realistically, using alphanumeric, you can expect 50-80 conventional modes.

The PL/DPL/CSQ can be separated. You can run Tone encode, but CSQ decode. You can also run a different PL and DPL on encode and decode. The caveat is that you must use the software that goes with the newer board (OPT-1225-PP), regardless of which board you are physically installing.

Some people are running into trouble using external speakers on their new M1225 mobiles. It would appear that they keep trying to connect speakers with less than 8 ohms impedance. This causes the radio receive audio to have random popping noises emitted from the external speaker. The biggest problem is that the 16 pin Maxtrac speaker plugs right into the M1225. This makes people think that the speakers were intended to be compatible between these different models. This is not the case.

I have a couple of Moto's P1225 hand held radios and need the adapter/cable assembly and software to do the programming. 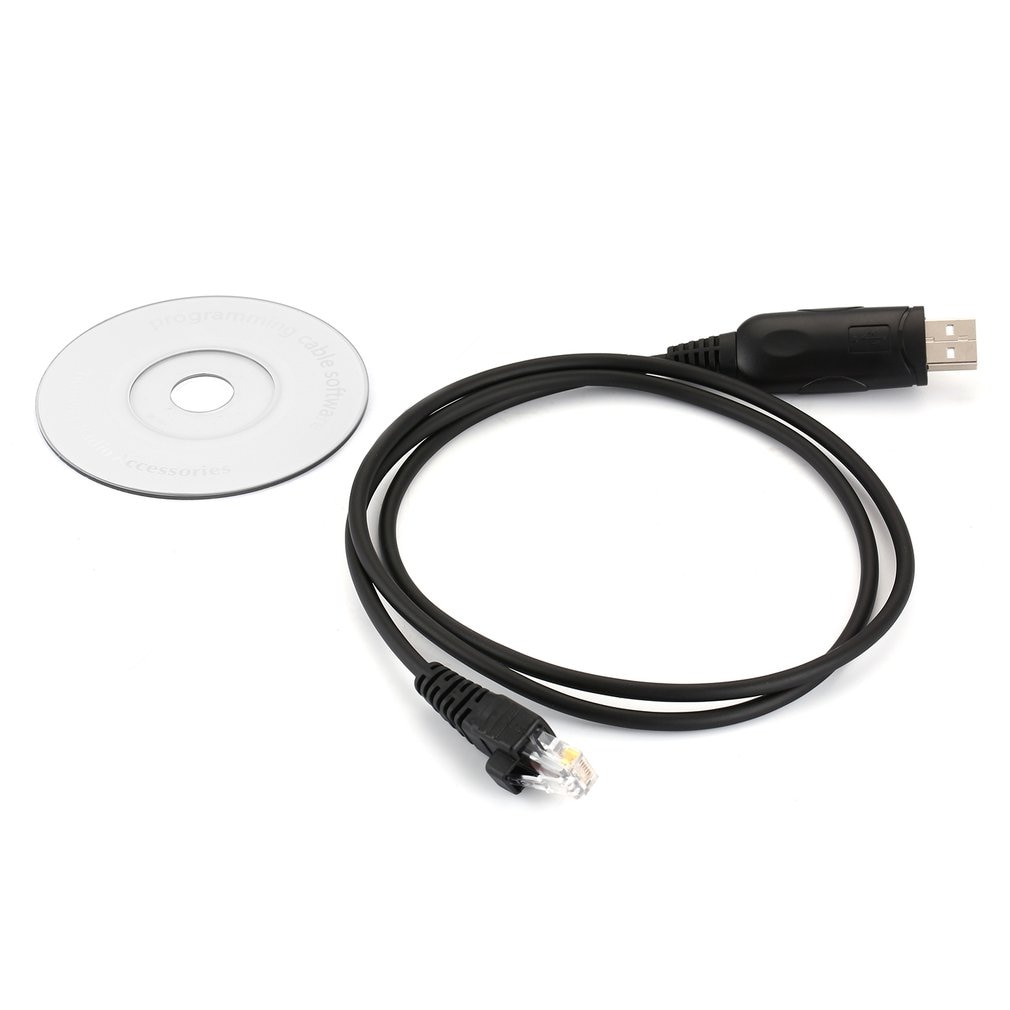 Questions;
1. What is the latest version of the RSS software? This is the description of wat I already have now. It seems a littled dated (references to Windows 3.1 & '95) even though these are older radios; 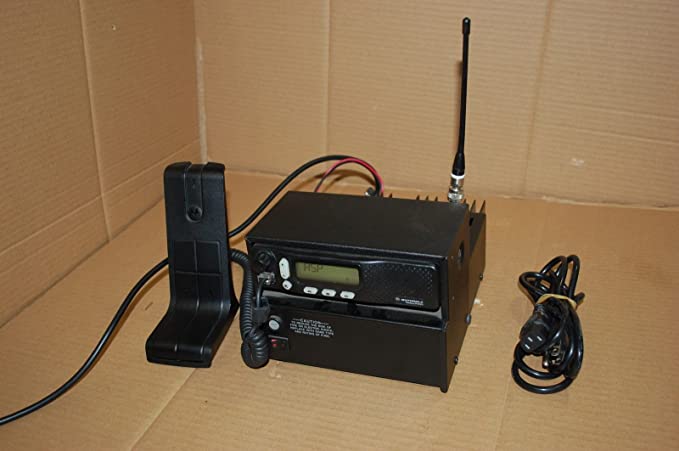 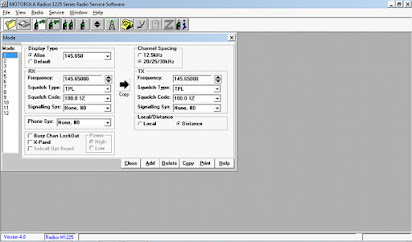 3. If that is the correct assembly, how/where is the radio powered? Is another cable/adapter needed?
I have been to batlabs, but I would perfer to just buy the needed cables etc.