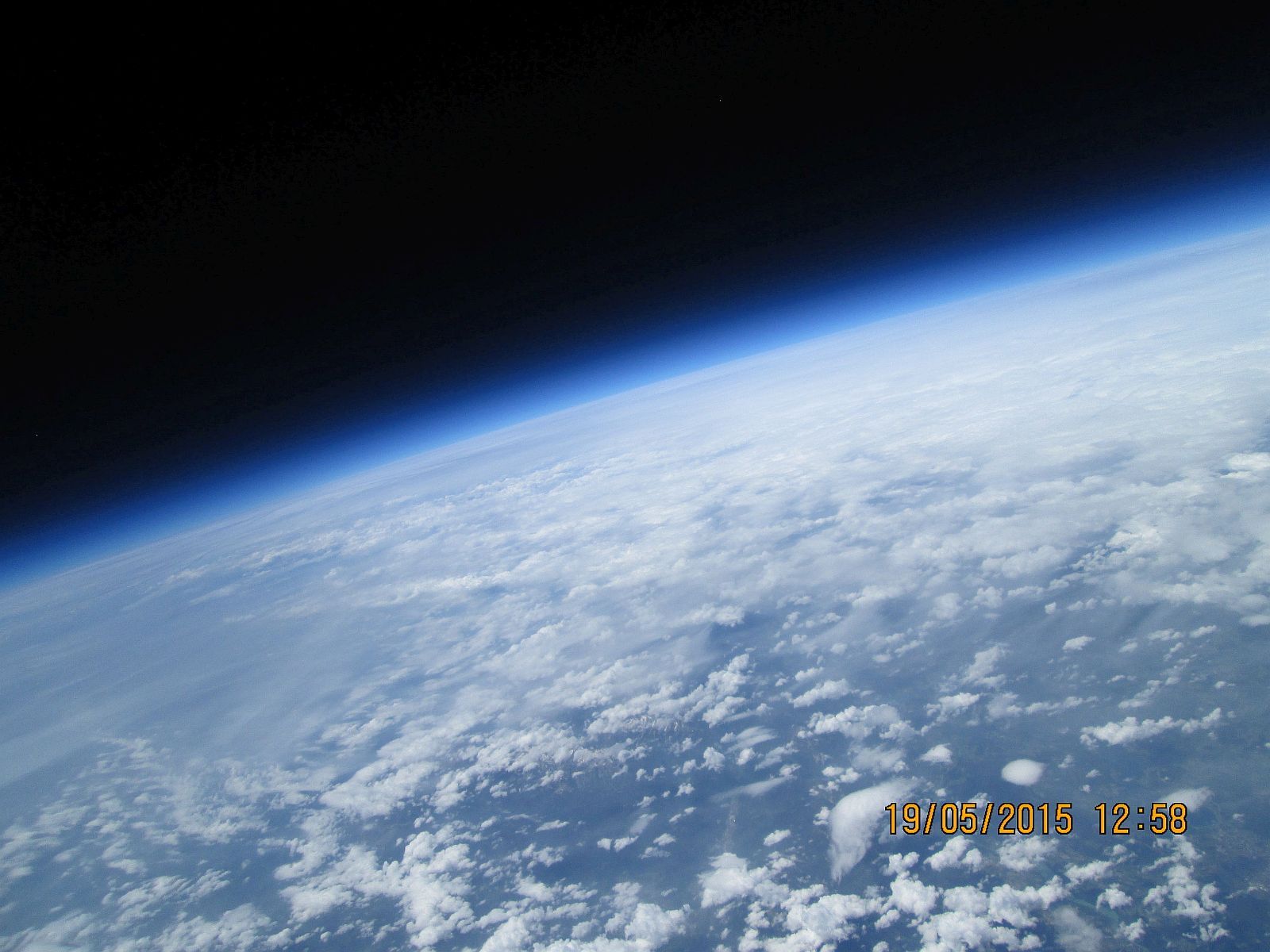 Contributing writer for Wake Up World

If you’ve been intimately involved in the Shift you’ll likely have been following transformations in the sun, if not, it’s high time you were! Empathic sentients the world over feel strong transformations happening with our ‘heavenly father’, the Solar Logos. We’re entering a Grand Solar Minimum, but that doesn’t mean the sun is inactive, far from it. Cyclical evidence reveals that the Sun is likely on the brink of a Nova, probably to be initiated by a galactic superwave, that would impact the whole of civilisation. How will these shifts affect our Ascension? And what might the 11:11 synchronicity be revealing to us?

The 11:11 Synchronicity – connecting the dots

I will start by saying I am only able to offer a perspective, just like anyone else. My approach is to come from the spiritual angle, but enfolding my sense of the science too. I believe it to be impossible to properly integrate these phenomenal concepts without coming from the consciousness space, which becomes more an interpretation, a relativistic perspective, rather than an absolute. So it’s important you explore and find your own truth in relation to it. My purpose is to inform, inspire and to catalyse.

Everything is interconnected through consciousness. We cannot effectively consider our individual shift and Ascension without considering our interrelation with the wider cosmos. It’s clear that Gaia is undergoing a major shift right now, but that’s also happening in conjunction with shifts in our Solar Logos, our solar system itself, and cyclical ‘pulses’ from the galaxy too.

In fact to me, that’s what the 11:11 synchronicity really points to. It’s inviting alignment of 4 key centres of consciousness: your own soul, Gaia, the Solar Logos and the galactic core. Whether we know it or not, these are all interrelated and moving together.

If you think back to the galactic alignment of 2012, much has changed on the planet since that time, and many more people are waking up. Movements in these centres of consciousness will stimulate the activation of soul – they’re like tuning forks resonating each other. But as I explained in a previous article, Exposing the Myth of the Critical Mass Ascension, that doesn’t automatically mean you’ll ascend with the Shift. You have to do the inner work too in order to process out karmic density and integrate buried fragments of the soul.

Our Solar Logos can help, as can Gaia, but you still have to do the leg work!

Cyclical Movements in the Solar Logos and Galactic Core

Any empathic sentient that’s been tuning into the sun will feel the strong underlying changes that are going on. We’re moving towards a Grand Solar Minimum, where surface activity greatly quietens, there are fewer coronal mass ejections for example. And this is highly likely to be causing a cooling effect on the earth, which may well be offsetting the impact of global warming – for a time. But it would be false to think that because the sun is quiet, then there’s less impact on the earth – the reverse is true. Firstly the more compacted solar magnetosphere allows more galactic cosmic radiation to enter our space and the overall magnetic changes are causing increased volcanic and earthquake activity, and dramatic changes to the climate, through the now rapidly Accelerating Pole Shift on Earth. 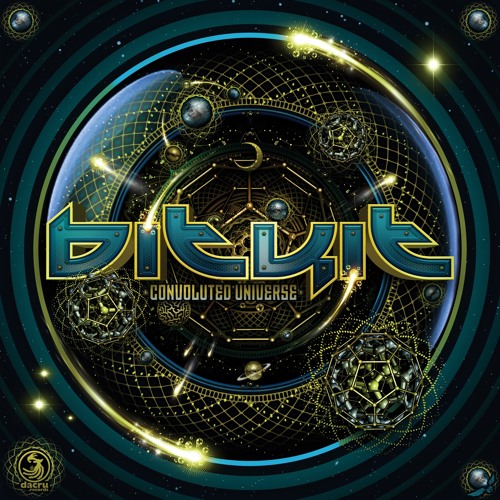 By tuning into the sense of the Sun, you may well feel the impact on your system in various ways. To some people it will elevate the soul, you’ll feel lively and energetic. To others it will pull on and activate buried karma, so you might feel heavy and go into process.

Whatever effect you feel, it’s essential to turn right into the experiences and process them through. 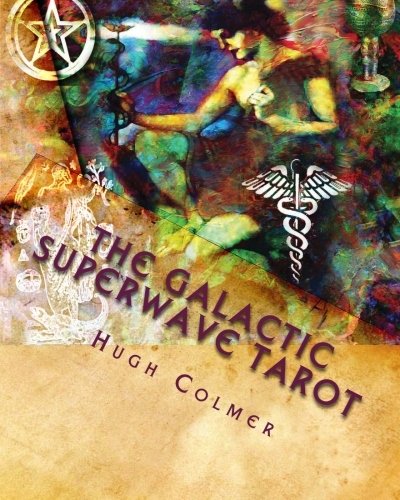 It’s also essential to understand these changes in relation to ‘pulses’ that occur from our galactic core. Extensive research on these has been conducted over a 30 year period by the astrophysisist Dr LaViolette (check this Interview with Project Camelot). He has collated data from spikes in cosmic dust residues buried in the ice sheets of Antarctica and Greenland. They reveal patterns of galactic impulses that happen in at least 3 cycles: every 5,700 years, 11,500 years and 26,000 years. The latter is intriguing in that it’s exactly the length of the Earth’s Precession of the Equinoxes and also a key periodicity in how the solar system passes through the galactic centre. Everything is interrelated in consciousness. It would be foolish to see ourselves as somehow separate to the movements of our celestial ‘father’, the sun, and in turn our ‘grandfather’, the galaxy.

A key aspect of Dr LaViolette’s work reveals that these galactic pulses, or superwaves, are cyclical and over a window of time have a massive impact on our solar system, causing solar micro novas and transformations on every planet, including our own Mother Gaia. LaViolette states clear evidence that we are overdue another galactic superwave. Personally I maintain we’re ALREADY witnessing the quantum (consciousness) effect of a new ‘pulse’ by changes happening on all the other planets in our solar system. And the sun is already beginning to appear white in the sky, another indicator that it is moving toward some kind of Nova. Plenty of empathic sentients in spiritual circles prophesy such an immanent “Event”, a key trigger for the culmination of the 5D Shift.

The Role of Solar Outbursts on Civilisation

These galactic trigger events to me, maybe considered as a giant cleansing mechanism, whereby out-dated and distorted realities – karmic constructs – are broken down and reality reconstituted through a Shift into a more harmonious alignment. Distorted civilisations have been devastated before, in events that concurrently precipitate a wave of souls ascending into higher vibrational realities. It’s crucial to say that such catastrophe is a double sided coin. For those that have done the inner work, the cataclysm becomes the catalyst for higher dimensional transition.

Plenty in alternative circles have been following the illuminating work by Dr Robert Schoch, who upset the egyptology apple cart by daring to suggest the Sphinx is far older than the history books would have us believe. Rain weathering and alignment with the constellation Orion in 10,450 BC indicate it’s at least 12,000 years old, way before it’s said advanced civilsations existed. This civilisation was obliterated at the culmination of the last Ice Age around 11,700 years ago, where it appears a solar “Event” (brought on by one of those galactic pulse cycles) caused rapid melting and global ‘Atlantean’ flooding, that correlates well with accounts by Plato and countless other tribal myths. How ever expressed, they all seem to point to the same event.

The best overview interview with Robert Schoch I found is contained within this video about Micro Nova by Suspicious Observers, which although is quite scientific, you might watch in its entirety. But definitely do watch the interview with Schoch between 2:50 and 10:10… 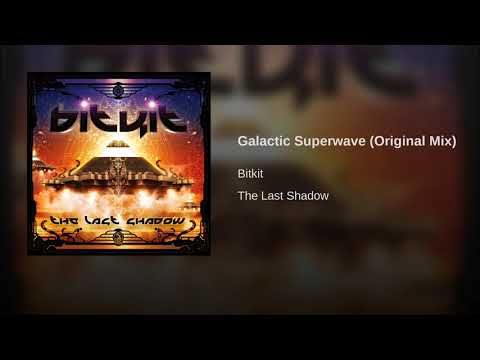 We are ALREADY overdue a galactic superwave, the last one of which likely caused the sun to micro nova around 11,700 years ago that brought the Atlantean civilisation to an abrupt end. It’s synchronicity, that distorted realities bend space-time-continuum around them, drawing in a realigning cosmic effect. And I believe we are ALREADY witnessing within our solar system the early quantum resonance of the next wave.

I also believe there’s strong evidence the powers-that-be know of the likelihood of the next superwave, due to the classification of important scientific material revealing it. Clearly they don’t want you to know what’s going on. What we’re talking about here would be the collapse of civilisation. And a great transformation of the 3D reality. When I incarnated in 2002 as a soul exchange around a life threatening car crash, I saw powerful visions of the Earth being bathed in a cleansing ball of fire, precipitating a wave-like shift (by some) into a higher vibrational reality. It’s this Event which drew me, along with others, to help illuminate how souls may shift consciousness through it.

Now it is not my intention to spread fear, nor to sensationalise through drama. In any case, where fear exists, it is always a gateway through which to expand – it’s a brake on the evolution of consciousness, which must be confronted and released. My purpose is to inspire action so that people may equalise and normalise in the Shift that is ALREADY happening all around us. The system wants you to be glued to your smart phone, and therefore distracted, so as to continue ‘business as usual’. That way you can still be manipulated, and potentially diverted off into some blind AI allyway.

What’s needed now is for us all to see the bigger picture of where these cyclical interrelated events are all bringing us to. We need to expand minds and consciousness into the bigger picture, that people regain their mutlidimensional selves and emerge as the next evolution of humanity. But that’s not going to happen by being buried in social media and the ‘smart’ phone. This “Event” will happen. For me that is certain. The only question now remaining is how many people will be actively engaged in it?

Getting Actively Engaged in the Shift

The real question now is how do you actively engage in the Shift?

There are many different spiritual truths emerging at this time, many of which I believe interrelate to different aspects of the same overall landscape. Here at Openhand we’ve developed the 5D Shift Project to help illuminate the path through the Shift, which enfolds the 5GATEWAYS routemap and Spiritual Compass to help attune to your soul, which is the crucial aspect in engaging with the Shift.

And there are many distortions of truth too, which is understandable, since it takes a great deal of time, diligence and commitment to peel away the veils and fully integrate.

I felt it important to deal with what I feel to be one key distortion here, which is the idea that a solar Event will ‘raise humanity’s collective physical vibration into 5D’. I don’t believe the science nor previous experience supports this. The physical is exactly that, a lower density vibration designed to sit within a particular standing wave within the Universal Torus. If you somehow raised the body to 5D consciousness, there would be so much energy flowing through it that it would explode! What we’re really talking about is elevating the vibration of the SOUL and activating the Spirit Light Body, which at the appropriate time, will carry you into the New Paradigm of the 5D/6D/7D.

This Shift may be considered in the metaphor of the Apollo rocket, which is very synchronous, since we’re talking about Solar Nova, because Apollo was a Greek sun god! You have a vehicle that gets you up into the outer atmosphere (of the 3D), but which then falls away as another vehicle carries you through space (the 4D), before finally you land at your destination (the metaphoric 5D), in another vehicle (the spirit light body) synchronistically called “the Eagle”.

So the real key to Ascension is to progressively integrate soul by following it’s calling through the daily trials and tribulations. You’re retrieving soul fragments that have gotten buried amongst the sediment in the bed of the river of life. As you do so, the progressive Activation of Kundaliniexpands you into the higher dimensional vehicles and brings them alive. Whereupon you’re beginning to live the higher consciousness here and now. As the Shift then completes and the 3D reality is cleansed through something like this “Event”, then you continue on in the Spirit Light Body in the New Paradigm. A crucial stage to this is having processed all your 4D karma. If that hasn’t been completed within this current window, then you’ll likely come back into physical incarnation over other cycles to integrate more soul fragments by processing remaining karma.

Do check out Openhand’s Video the subject, then tune in here again for part 2 on the top 5 approaches for embracing the shift…