Juan Cabrillo and the crew of the Oregon sail into a perfect storm of danger when they try to stop a new world war in this thrilling novel from the #1 New York Times-bestselling grand master of adventure.

Hired to search for a collection of paintings worth half a billion dollars, Juan Cabrillo and the crew of the Oregon soon find themselves in much deeper waters. The vicious leader of a Filipino insurgency is not only using them to finance his attacks, he has stumbled upon one of the most lethal secrets of World War II: a Japanese-developed drug, designed, but never used, to turn soldiers into super-warriors. To stop him, the Oregon must not only take on the rebel commander, but a South African mercenary intent on getting his own hands on the drug, a massive swarm of torpedo drones targeting the U.S. Navy, an approaching megastorm, and, just possibly, a war that could envelop the entire Asian continent.

“Cussler and Morrison take readers to the edge, at a pace so fast, you may find yourself needing oxygen.”—*Suspense Magazine*

The Gator pulled alongside the rear quarter of the Magellan Sun with just a whisper of its electric motors, so silent that even someone standing on deck thirty feet directly above the submarine wouldn’t have heard it. Eddie opened the hatch and climbed out, hefting his MP5 submachine gun, equipped with a noise and flash suppressor. MacD and Murph followed, closing the hatch behind them. In their black clothing, they were nearly invisible. MacD notched the bolt with the rubberized grappling claw into his crossbow and nodded at Eddie.

“Hold on,” replied Gomez, who was watching the ship on his monitor back on the Oregon. “I’ve got one guard coming toward you. Man, he’s a big boy. I can practically see the veins popping out of his muscles from here.”

Eddie looked up, prepared to take the guard out if he peered over the side. If that happened, they might still be able to salvage the mission by getting up top fast enough to hide the body, but it would definitely make for a riskier operation.

After a minute, Gomez said, “Okay, he’s passed you and turned the corner around a container. The supply ship has just left with a load, and the rest of the crew seems to be getting the next batch of crates ready for another transfer. No one else is close to you.”

“How many guards in all?”

“I count ten Schwarzenegger types on deck. The rest of the crew look like they’re not Typhoon users.”

“Ten-to-three,” MacD said with a raised eyebrow. “I say we keep out of their hair.”

Murph nodded his agreement with that sentiment. “I love having our eye in the sky.”

MacD aimed the crossbow and fired. The bolt went between the tubular steel railings and hit the container behind it with a dull clang. The prongs snapped out, and MacD reeled in the nylon line until the claw was snug against the railing tubes.

He handed the rope to Eddie, who clamped on a miniature motorized winch, then attached it to his climbing harness and pressed the switch. The tiny gears inside pulled him up with a soft whine until he was able to grab the bottom railing. He checked for hostiles, pulled himself over, unhitched the winch, and put it in his pack before shouldering his MP5.

Gomez would be able to see anyone already on deck, but there was still the danger that someone inside could make a sudden appearance through a door. They’d specifically chosen this spot fifty feet from the superstructure because the nearest door was far away.

Satisfied that they were alone, Eddie motioned for MacD to join him, then Murph, both of them using their own winches. When the three of them were on deck, MacD retrieved the rope and claw so it wouldn’t be seen by a patrolling guard.

“Roger that,” Linda said. “Submerging. Let me know when you want a pickup. 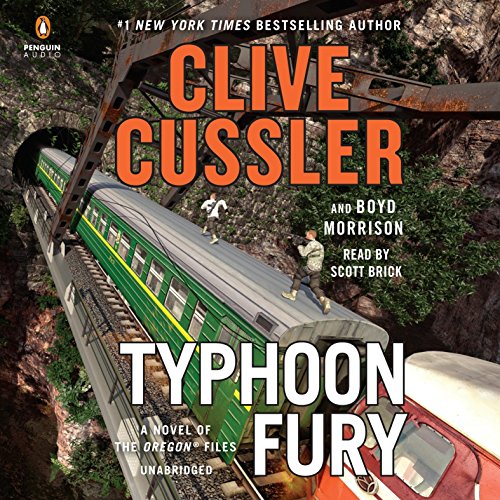